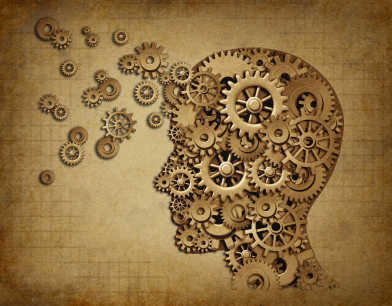 By Michael A. Taylor

The fundamental problem with American psychiatry is American psychiatrists. It seems every few months there’s fresh news about some well-known academic psychiatrist paid boatloads to endorse a new treatment that doesn’t work—or worse—causes harm. Among the 394 US physicians in 2010 who received over $100,000 from the pharmaceutical industry, 116 were psychiatrists, well out of proportion of the percentage of psychiatrists in medical practice. The American Psychiatric Association is also heavily supported by the drug industry. Its annual meetings, once efforts to educate members, are now basically week-long infomercials for Big Pharma. This influence has seeped into clinical trials as well, where study design is carefully manipulated by industry representatives to favor their new product. In turn, companies analyze their data out of view of academics, sequestering data unfavorable to their product, and ghostwriting journal articles for academics.
In similar fashion, fancy devices have been introduced with claims of wondrous benefits, none of which have materialized. Light-emitting boxes, for example, were supposed to be the next great psychiatric advent to prevent winter depressions, but the evidence for this claim is still weak. Similarly, vagal nerve stimulation (an implanted electronic pacer in the chest with electrodes attached to a nerve in the neck) was supposed to relieve treatment-resistant depressions. Yet it offers no demonstrated benefit and costs the poor soul subjected to it about $20,000 out of pocket. Transcranial magnetic stimulation, a ring-shaped magnet that delivers a magnetic pulse to the head, was going to replace electroconvulsive therapy. At best it has a placebo effect. And yet, these treatments continue because of their support by psychiatrists, many of whom have a vested interest in the success of the products. Integrity, it seems, is the only thing in short supply for psychiatry these days.
Just like the new antidepressant and antipsychotic drugs that have been introduced in the past three decades, the idea behind these new treatments was simply to make money. In 2006, US sales alone for these new gadgets topped 289 billion, and continue to rise. Between 1998 and 2006, the industry spent 855 million dollars on lobbying—a total which exceeds that of all other lobbies—to keep that momentum rolling.
You can’t fault the desire to make money; it’s the American way. But when treatments are equated to widgets, profits will always trump concerns of efficacy and safety. Can you think of an industry in which that has not been the case? Sadly, this was not always the situation with psychiatry. The early psychiatric drugs were developed by industry and psychopharmacologists working in concert, striving toward the production of effective and reasonably safe agents. And they succeeded. The older and less expensive antidepressants and antipsychotics are still just as good as or better than the new agents. In fact, the cost to patients drops from 18% to 6% of their medical dollar when they switch from patented to generic medications.
The new psychiatric drugs and novel treatments are frauds. The evidence that they work is weak and is often distorted to the point of fabrication. Studies show that the new antidepressants (e.g., Prozac, Paxil, and Citalopram) achieve remissions at only slightly better rates than a placebo. The widely prescribed anticonvulsant valproic acid (Depakote) outpaces lithium in prescriptions as a mood stabilizer, and yet it’s not as effective. That’s because the guidelines for psychiatric drug treatments are written by academics paid out of the pocket of Big Pharma. These guidelines are required reading in residency training and dictate the diagnostic and treatment decision-making of most psychiatrists, but really they’re just cookbooks, following the bottom line not the data. The most recent version of the DSM, for example, was drafted by academics, many of whom continue to receive substantial financial support from the industry. This clear conflict of interest in part accounts for why the thresholds for illnesses in the manual continue to get lower and lower: if more people are “ill,” it justifies the prescription of more psychotropic medication. Thus perpetuating the whole corrupt cycle.
Over the past half-dozen years, academic psychiatry has started to wean itself from the pharmaceutical milk-cow. Drug “reps” are restricted at most medical centers now, and direct payments to departmental activities are increasingly limited. These are good first steps, but financial support to departments still occurs. Multisite clinical trials are still industry affairs. The well-known psychiatrists and experts crafting treatment guidelines and new versions of the DSM are still industry supported. Despite the financial pain that might ensue, the only solution is to end the relationship. No academic responsible for the training and mentoring of medical students and young physicians should accept any industry money. They already receive adequate financial support from their institutions. If the industry wants its products tested, unrestricted grants can be given to the institution, which can then monitor the use of the funds for a small overhead fee as is done in the case of other funding sources. No more industry-designed and analyzed research. No more hidden unfavorable data. No more industry-supported lectures. No more direct industry support of any kind. This way, even if we make mistakes, our medicine will at least have integrity.

Michael A. Taylor, MD, is the author of Hippocrates Cried: The Decline of American Psychiatry. He works as an adjunct clinical professor of psychiatry at the University of Michigan Medical School. He was founding editor of the peer-reviewed journal, Cognitive and Behavioral Neurology, and also worked as professor, chairman, and director at the Department of Psychiatry and Behavioral Sciences at the Chicago Medical School. He established and directed the psychiatry residency-training program at the State University of New York at Stony Brook.