Eugene Wolters:
AN INTERVIEW WITH STUART ELDEN
@ Critical-Theory.com - 30 luglio 2016
Click Here to read more
Michel Foucault died in 1984, at the age of 57, leaving much of his work unfinished. At the time of his death, he was still working on additional volumes of The History of Sexuality series, leaving behind an incomplete fourth volume and countless notes, writings and lectures around the subjects he planned to cover.
Stuart Elden, in his latest book “Foucault’s Last Decade,” meticulously pieces together Foucault’s work in the last 10 years of his life.  Elden draws heavily from Foucault’s lectures at the Collège de France, where many of his ideas were tested and refined, along with archival material and his already published work. “Foucault’s Last Decade” provides an invaluable resource for scholars interested in Foucault’s later work, and the projects he had hoped to undertake.
Eugene Wolters: What motivated you to study this very specific period of Foucault’s life?
Stuart Elden: There were a number of reasons. The first was that we now have a lot more material from this period, with the completion of the publication of his Collège de France courses. I thought that a book which took all these courses into account in a study of Foucault’s work would be worthwhile. The courses fill in all sorts of detail that the books only hint at, show connections where there were seemingly discontinuities, and many discuss all sorts of new issues and material. So in one sense Foucault’s Last Decade acts as a companion to the lecture courses, treating them alongside the books and shorter writings, as well as some unpublished material, while trying to respect the differences in genre between published work, interviews, lectures and other material.
In addition the book treats a very specific project in Foucault’s career – the History of Sexuality. This is a project which had roots back to the 1960s, but which becomes the major focus of his work in the mid-1970s. Material which relates to this project begins to appear in his lecture courses from around 1974, and the first volume appeared in 1976. There he outlines the plan for five further volumes (as well as talks of a separate volume on power and truth). But he publishes none of these volumes, and when the series continues in 1984 the two volumes he publishes are on very different material, both in terms of content and historical period studied. A fourth volume was left almost complete at the time of his death in June 1984. So my project in this book was to interrogate how this project changed over time, using the lecture courses as a privileged insight.
Finally, I wanted to break from the idea – still very prevalent in the Anglophone literature especially – of a ‘late’ or ‘final’ Foucault. This suggests that his work took a very different turn in the early 1980s or late 1970s, with a ‘turn’ to antiquity, the subject, truth and ethics. I try to show in this book that there is a much stronger continuity of concerns, and that all the work of the 1974-84 period is connected, in some way, to the project of the History of Sexuality.
(...) Read full Elden's Interview

Eugene Wolters is the founder and editor of Critical-Theory.com. He is also a freelance writer and corporate sellout living in Brooklyn, New York. A New School University graduate, he spends most of his days lamenting his worthless degree and soul-crushing job(s). His favorite activities include: trolling, reading and carting his fat-ass around Brooklyn on a bicycle. To contact Eugene, please email him at admin@critical-theory.com.
Pubblicato da UT a domenica, luglio 31, 2016 Nessun commento: Link a questo post

OUT NOW! - Deleuze Studies 2016 in Rome (A special remix of Money, Revolution and Philosophy of the Future - ITA/ENG - Rhizosphere/Obsolete Capitalism Free Press) 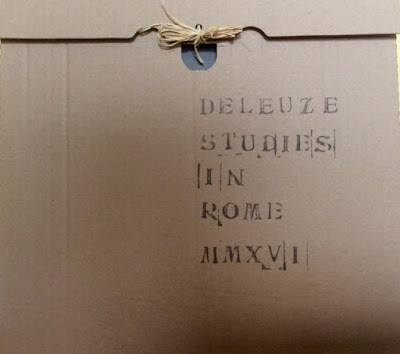 Deleuze Studies 2016 in Rome (A special remix of Money, Revolution and Philosophy of the Future - ITA/ENG - Rhizosphere/Ob.Cap.Free Press)

On the occasion of the international conference entitled Deleuze Studies Conference 2016 (Virtuality, becoming and life, 11-13 July 2016) that will take place at the Department of Philosophy, Communication and Visual Arts of University Tre in Rome, the collective Obsolete Capitalism presents a «Deleuze in Rome 2016/Remix Version» of the book «Moneta, rivoluzione e filosofia dell’avvenire. Nietzsche e la politica accelerazionista in Deleuze, Foucault, Guattari, Klossowski» with contributions in Italian and English language. Our conference will be on13th July 2016, from 2 to 3.30 pm in Room 13, along with the panel entitled “Countless Life. For a Liberation of Thought Wherever it is imprisoned - Deterritorializing Nietzsche" (chair: Charles Stivale). The panel Countless Life has been proposed and elaborated by the online philosophical magazine «La Deleuziana». 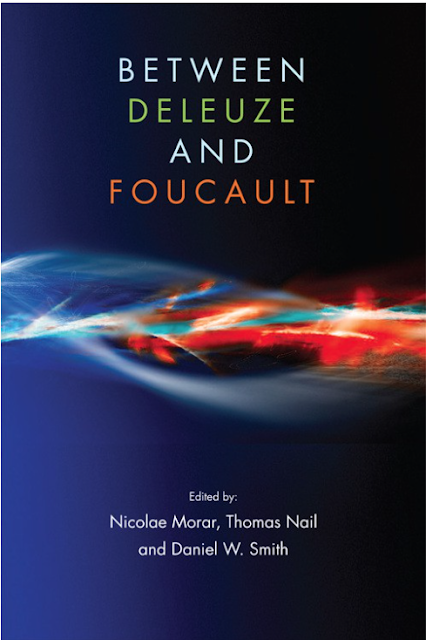 Between Deleuze and Foucault

Description. Between Deleuze and Foucault will be the first book that explicitly thematizes the relationship between Gilles Deleuze and Michel Foucault. Philosophers, cultural theorists, and others have devoted considerable effort to the critical examination of the work of each of these thinkers, but despite the strong biographical and philosophical connection between Deleuze and Foucault, very little has been done to explore the relationship between them. This collection brings together ten original essays from top and up-and-coming scholars in French philosophy as well as an interview with Michael Hardt and Antonio Negri on the relationship between Deleuze and Foucault. Contributors. Frédéric Gros, Michael Hardt, Colin Koopman, Leonard Lawlor, Justin Litaker, Nicolae Morar, Thomas Nail, Antonio Negri, Paul Patton, John Protevi, Judith Revel, Anne Sauvagnargues, Janae Sholtz, Daniel W. Smith.

The first rigorous, comparative discussion of Deleuze and Foucault: their philosophical relationship, their personal relationship and their divergences

Deleuze and Foucault had a long, complicated and productive relationship, in which each was at various times a significant influence on the other. This collection combines 3 original essays by Deleuze and Foucault, in which they respond to each other’s work, with 16 critical essays by key contemporary scholars working in the field. The result is a sustained discussion and analysis of the various dimensions of this fascinating relationship, which clarifies the implications of their philosophical encounter.
Pubblicato da UT a venerdì, luglio 08, 2016 Nessun commento: Link a questo post