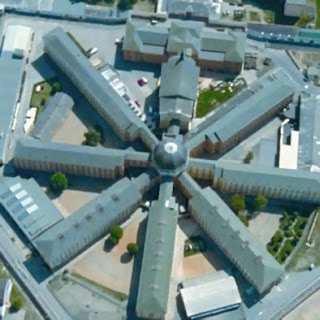 In the second half of the 18th century, Jeremy Bentham designed the model of a panopticon, a type of building that made supervision most effective. Panopticons were firstly used for prisons, places where supervision and punishment are the main functions. Secret services but also different surveillance technologies are the new panopticons. They can monitor, save and store data about people to identify them, to distinguish the location and time of people’s behaviour and actions. Architecture theorist, software expert, people who are or were monitored, or the former secret service agents explain their panoptical experience. Reading again Michel Foucault´s Discipline and Punish, through experience with different kinds of supervision, in the film we are looking for the perfect application of the panoptical principle. 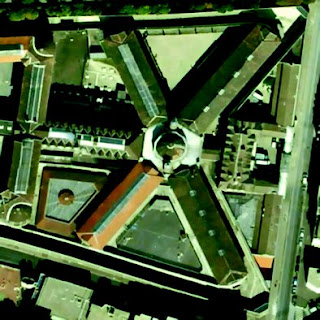 BIOGRAPHY Andrea Slováková:
Documentarist, teacher, programmer. She studied Mass Media Studies at the Faculty of Social Sciences of Charles University in Prague, after graduation received the first postgraduate degree. Graduated also from Film Science at the Philosophical Faculty of Charles University, where is now finishing the postgraduate studies. She studied documentary film-making at FAMU in Prague. Since 2003 until March 2011 she worked in the management of Jihlava International Documentary Film Festival, in the last years as the director for publishing activities. Now she co-operates with Jihlava IDFF as programmer of experimental films, the head of the workshop for students Media and documentary, and as the chief editor of bimonthly Dok.revue. She publishes articles in different magazines (e.g. Cinepur, Kino Ikon, Film a doba, A2) and was editor-in-chief of the annual anthology of texts on documentary called DO. She teaches history and methods of documentary film at Masaryk´s University in Brno. As an artist, she made e.g. the portrait of Czech mathematician Petr Vopěnka, film about clouds or film essay about supervision mechanisms.
Filmography: 2011 • In Sight (42 min, 16 mm, HD) 2007 • Clouds (18 min, 35 mm) 2006 • Intent to Enrich the Bare Mechanistical World (22 min, 16 mm) 2006 • Stolen (About Words) (4 min, 35 mm) 2004 • Sábato´s Tunnel in the Story of Colours (10 min, 16 mm) 2004 • Loos´s Box (11 min, 16 mm)