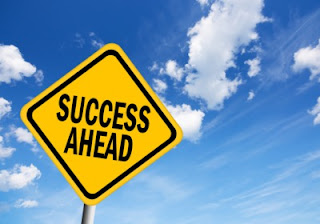 It has been clear for some time that the conduct of the banking and financial industry is one very important cause of the 2008 credit crunch. Moreover, for-profit banks by and large fail to deliver services to the poor, deepening poor people’s marginalization from the mainstream economy. The banks’ relentless pursuit of profit, an intrinsic feature of the industry (as of the broader economy), continues to expose all of us to the risk of another banking crisis that would repeat the enormous harm done last time, above all to the world’s poorest. Sadly, it’s unrealistic to expect Washington to do much to curb the industry, given the banks’ enormous lobbying sway and privileged access to senior officials, regardless which party is in power.


It’s no surprise then that the banks have been an important focus of discussion in the Occupy Wall Street movement. And a new approach to banking may become one of the important ways that Occupy moves forward and starts producing material change.
One evening in Zuccotti Park, I somewhat rashly, and without much forethought, stood up and announced that I wanted to set up a working group to explore alternative systems of banking. I did not have a clear plan but felt that we had to get to the heart of the problem. If we could change banking and make it embody the values of Occupy—equality, transparency, democracy—we might not only change the financial industry for the better, but also change the very nature of the economy—and thus society itself.
Other members of the group share this ambition. Those who have joined the group represent an extraordinary and eclectic mix. There are army vets and unemployed students, but also a large number of financial experts: former derivative traders, SEC regulators, bankers, financial analysts and bloggers and even a professor of financial law. We have no shortage of expertise, and no shortage of determination either.
Over the last several weeks, we have been examining what legislative changes are needed to reform the banking sector: some day soon there may be Occupy-originated proposals and draft legislation, for instance to amend the so-called “Volcker Rule”. One group has split off to explore and design the creation of an ideal bank that would put into practice the values of Occupy. What would this look like?
The ideal bank would be democratically owned and controlled by its customers and its employees. Like at many credit unions, all depositors would get an equal say, regardless of the size of their accounts. It would be nonprofit, building in a competitive advantage over the for-profit banks. It would be accessible to all, in particular the poor (we are inspired by the Grameen Bank, started by Mohamed Yunus in Bangladesh). It would be a bank that anyone can bank with and receive better service than what they receive today at conventional banks. Any small-scale bank we establish in, say, New York would have be to be replicable by others elsewhere.


The banking crisis was caused by several intrinsic characteristics of the financial system. The level of debt and risk was concealed by the unintelligibility but also by the secrecy and opacity of many banking practices. The infamous credit default options concealed risk as they spread it and were barely understood even by the bankers trading or buying them. In contrast, an Occupy bank would be wholly transparent, perhaps even in real time, showing transactions as they happen. Technology now makes this plausible. Likewise, technology has enabled new peer-to-peer platforms where borrowers and lenders negotiate with each other directly. We have also discussed minimizing risk by adopting some of the ideas of Laurence Kotlikoff, whose concept of “limited purpose banking” permits no buildup of liabilities within a bank, because all liabilities would be mutualized. Kotlikoff proposes that banks would essentially become clearing houses where investors would “buy” the loans of other customers via a cash-based mutual fund. The bank would not itself hold any loans, thereby eradicating the risk of a bank run.


The very nature of the banking industry forces banks to maximize profits, or face buy-out. This is not about the moral qualities of bankers; it’s about the nature of the system. The hunt for profits requires banks continually to innovate new products, like the CDOs. It is self-evident that legislators cannot predict or legislate for products that have yet to be invented. Even if Washington were interested in robust legislation and ending the monopoly powers of a few big banks, it would still struggle to manage an industry in constant flux. Hence the need to build structurally into an ideal bank the practices and values that prevent risk.
None of these ideas are new, and some community banks and credit unions already embody many of these qualities. But federal and state legislation has hobbled credit unions from competing with the big banks, for instance by requiring credit unions to be “member only” institutions, permitted only to serve certain subsets of the population rather than everyone. It is easy to guess how and why this federal legislation has come about, because the credit union model offers potentially much better and cheaper services than a for-profit bank. You can thank the banking lobbyists that most of us have been denied this possibility.
It’s easy to list the characteristics of an ideal “Occupy” bank. Setting one up is rather harder. The legal and institutional obstacles to establishing a new (or de novo) bank are formidable and would require years of work and hundreds of thousands of dollars, if not more. One alternative therefore might be for Occupy to partner with or even acquire a bank that is already established and that shares our vision. Indeed there are many small banks around the country which might be amenable—community banks, or so-called “triple bottom line” banks, which aim for community development and positive social and environmental impacts as much as profit.
Our group works on, and we are well aware that we may not succeed. But there are other groups around the country thinking about this problem: Occupy San Francisco is already setting up its own credit union. Perhaps our work will inspire someone else to set up a bank like the one we are imagining. If many attempts are made, there is a greater chance that one will succeed.
Make no mistake, the kind of bank we are discussing is both plausible, and better, than the conventional for-profit banks. It can and should be done. These ideals are the stuff that make Occupy such an exciting movement to be part of. The chance exists to change the very nervous system of the economy, and make it fairer, open and more democratic. In this way, we can begin to undermine the domination of our economy and society by those who seek nothing but profit, at any cost, including to the world economy. We can replace it with a system which both embodies and promotes other values that are equally if not more important: equality, democracy and justice.

Carne Ross is a former British diplomat who heads Independent Diplomat, a non-profit diplomatic advisory group. His book, “The Leaderless Revolution: How Ordinary People Will Take Power and Change Politics” will be published in hardcover by Blue Ride Press (Penguin) on January 19. It is already available as an ebook. You can follow Carne Ross on Twitter @carneross.