Power, Government and Strategy: Foucault’s Reconsideration of Power after 1976 (2012) 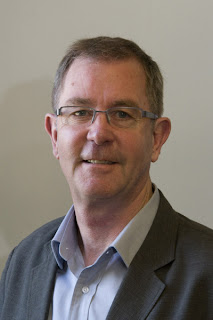 Power, Government and Strategy: Foucault’s Reconsideration of Power after 1976 (2012)

Prof. Paul Patton (University of New South Wales)
Deakin Philosophy Seminar Series
Tuesday, September 18, 3:30pm – 5:00pm
Deakin University C2.05
221 Burwood Highway
Melbourne 3125
Australia
Sponsor:
The Alfred Deakin Research Institute, the Centre for Citizenship and Globalization and the School of Humanities and Social Sciences
Organiser
For further information, please contact Dr Sean Bowden at: sean.bowden@deakin.edu.au
Details
Foucault’s lectures in 1976 open with the statement of an intellectual crisis. They proceed to a series of questions about the nature of power and the ways that he has conceived of it up to this point: what is power? How is it exercised? Is it ultimately a relation of force? Only some of these questions are answered in the course of these lectures. His answer to the overriding question, what is power?, is not forthcoming until after the discovery of governmentality in his 1978 lectures. It is not fully developed until after his lectures on liberal and neoliberal governmentality in 1979. This talk aims to retrace his answers to the questions in the light of the published lectures and to examine the consequences of these answers for his analysis of neoliberal governmentality.
Paul Patton is Professor of Philosophy at the University of New South Wales and Fellow of the Australian Academy of the Humanities. He has published extensively on contemporary European philosophy and political philosophy. He is the author of, among other works, Deleuzian Concepts: Philosophy, Colinization, Politics (Stanford University Press, 2010) and Deleuze and the Political (Routledge, 2000).
http://www.deakin.edu.au/alfred-deakin-research-institute/events/index.php
Source: Philevents
From: http://foucaultnews.com
Pubblicato da old a mercoledì, settembre 05, 2012