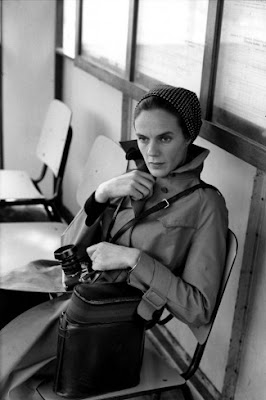 Magnum photographer Martine Franck, who was best known for her portraits of artists and writers, died in Paris yesterday at the age of 74. The cause of death was cancer, according to a family friend. Franck became a full member of Magnum in 1983, and was married to renowned photographer Henri Cartier-Bresson, who died in 2004.
Magnum would not directly confirm Franck's death. "The family has asked us not to give any information in order to preserve intimacy and organize the funeral in a discreet way," a spokesperson for Magnum's Paris office told PDN. He added that the agency would be able to issue a statement after the weekend.

Franck was born in Belgium in 1938, and grew up in the US and Britain. In college, she studied art history, but struggled with her thesis, according to an interview she gave to The New York Times in 2010, "I realized I had no particular talent for writing, though doing the research taught me to be methodical," she said. After college she took up photography, and began her career as an assistant to photographers Eliot Elisofon and Gjon Mili. She told the Times in 2010 that the photographer's life "suits my curiosity about people and human situations.”

Franck became a member of the Vu Photo Agency, and in 1972 she co-founded the Viva agency. In addition to her portrait work, she has undertaken a variety of documentary projects over the years.

She began a decades-long project photographing the Théâtre du Soleil in 1964. In 1985 she started a long collaboration with International Federation of Little Brothers of the Poor, an NGO providing assistance to the poor and elderly. She also undertook documentary projects about Tibetan Buddhist children, and life on the island of Tory, off the coast of Ireland.

Since 2004 she has participated in Magnum group projects. She has published several books, including Martine Franck: One Day to the Next (Aperture, 2005); Martine Franck (Actes Sud, 2007), and Women/Femmes (Steidl, 2010).

Franck was co-founder and president of the Henri Cartier-Bresson Foundation.She told The New York Times in her 2010 interview that an important lesson she learned from Cartier-Bresson was to say 'no.' "He taught me to be selective, never to show photographs one did not want to see published," she said.

Photographer Elliott Erwitt, a member of Magnum who first met Franck when she was assisting Gjon Milli, tells PDN she was “remarkable, elegant and modest in  her life and photography, a treasured friend.” He added, “Her wonderful work is our only consolation.”

Chris Boot, Executive Director Aperture Foundation, who worked for Magnum Photos from 1990-98, also remembers Franck as "a wonderful, elegant, generous woman, of great taste and culture, who always seemed to put other people’s interests before her own." He added, "She will be sorely missed by very many of us in the photo community, especially of course in Magnum."

Martine Franck shot a famous photo feature of Foucault in 1978. Here are the pics: 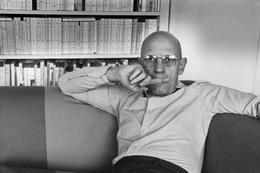 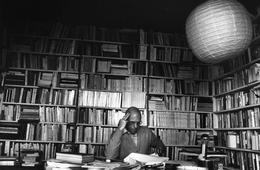 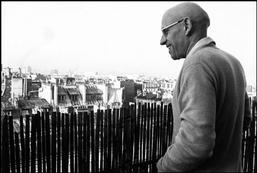