Seminar 9: Foucault and the critique of our present: reworking the Foucauldian tool-box @ Goldsmiths College, London, 2013 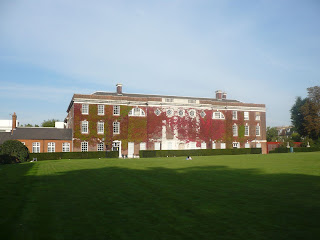 Seminar 9: Foucault and the critique of our present: reworking the Foucauldian tool-box.

Silvia Chiletti (Centre Koyre, EHESS, Paris) - "What is an author? Foucault between archeology and the practice of writing." (March 13 th)
Next events:

Description: “What is this present which I belong to?”. This was the question asked by Foucault recalling Kant's writing on the Enlightenment. This is also the interrogation that a Foucaultian gaze on the present specific context/spaces should pose again. In Foucault's view, the practice of a history of our present is primarily conceived as a critical attitude towards the configuration of power relations given at a certain time, that is as an effective challenge of the ways in which our lives are governed. Then, the history of the present and the critique are (in turn) grounded on a genealogical posture, aiming at making all evidence unacceptable. In this way, as Foucault remarked in 1978, the critique can be conceived as “the art of the voluntary disobedience, of the reasoned indocility. Therefore, the function of the critique would be the disassujettissement in the play of what could be named a politics of truth”.

Related to the couple critique-history of our present a broad Foucaultian vocabulary has emerged: governmentality, counter-conduct, and biopolitics are only some of the Foucaultian notions closely linked to the question of our present and to the will of “not to be governed in such a way”.

The aim of this seminar will be to trace out and to “update” this range of notions, reworking them in the light of postcolonial challenges, new practices of struggle and political technologies. Thus, the aim is neither to test the viability of the Foucaultian grid in our present, nor to undertake a philological route exploring Foucault's concepts, but rather to put these notions at work in present and heterogeneous contexts. Secondly, it's through the twofold axis of space and knowledge that we will try to highlight the spaces for critique that a Foucaultian vantage point could open and make visible today. However, in the place of a coherent Foucaultian grid/approach to take on, we also claim the ‘right’ to a partial and instrumental use of Foucault's tool-box: consequently, the very concept of “use” needs to be rethought not in terms of an application of methods and concepts to our diagram of analysis but instead as a way of ‘playing with’ some of Foucault's perspectives, also pushing them up to their geographical/historical/political limits and making them resound in different spaces.

Related to that, it's the very meaning of critique which should be reframed: what does it signify today to put into practice an effective critique of the regime of knowledge and truth which shapes our conducts? If according to Foucault the first step consists in “making visible what is visible”, now perhaps we should ask whether this is enough or if the task of the critique becomes most of all the capacity to spur us to act, shaking what is given as unquestionable evidences.

Among the notions that we will tackle: Counter-conduct, Critique, Government and Governmentality, History of the present, Regime of truth, Subjectivation.