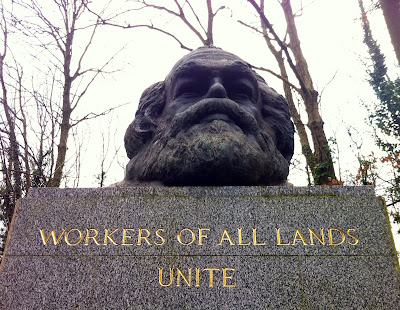 "Marx Reloaded" is a cultural documentary that examines the relevance of German socialist and philosopher Karl Marx's ideas for understanding the global economic and financial crisis of 2008—09. The crisis triggered the deepest global recession in 70 years and prompted the US government to spend more than 1 trillion dollars in order to rescue its banking system from collapse. Today the full implications of the crisis in Europe and around the world still remain unclear. Nevertheless, should we accept the crisis as an unfortunate side-effect of the free market? Or is there another explanation as to why it happened and its likely effects on our society, our economy and our whole way of life?
Today a new generation of philosophers, artists and political activists are returning to Marx's ideas in order to try to make sense of the crisis and to consider whether a world without or beyond capitalism is possible. Is the severity of the ongoing recession a sign that the capitalist system's days are numbered? Ironically, 20 years after the fall of the Berlin Wall, could it be that communism might provide the solution to the growing economic and environmental challenges facing the planet?
Written and directed by Jason Barker – himself an experienced writer, lecturer, translator and doctor of philosophy – "Marx Reloaded" comprises interviews with leading thinkers on Marxism, including those at the forefront of a popular revival in Marxist and communist ideas. The film also includes interviews with leading skeptics of this revival as well as light-hearted animation sequences which follow Marx's adventures through the matrix of his own ideas.