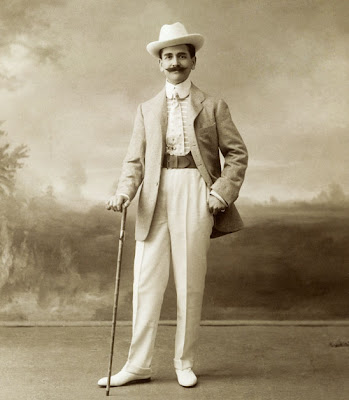 
The linguistic contortions in Roussel’s work have influenced artists and writers from Duchamp to Foucault to Ashbery. Two recent translators of Roussel discuss his outlandish creations. Trevor Winkfield introduces the conversation.

Like an experienced still-life painter, the French writer Raymond Roussel (1877–1933) could make use of anything that came to hand. From his shoemaker’s name and address, Helstern, 5, place Vendome, he extracted, by phonetic distortion, “Helice tourne zinc plat se rend (devient) dome” (Propeller turns zinc, flat goes [becomes] dome), which supplied him with all the elements he needed to design one of the fantastic apparatus in his novel Impressions of Africa. Who could not fall in love with such a linguistic contortionist? Well, many people, actually. Despite having given inspiration to some of the most influential artists of the 20th century (Breton, Duchamp, Dalí, Foucault, Leiris, Robbe-Grillet, Perec, Giacometti, Ashbery, and numerous others), Roussel has always remained something of an acquired taste, almost a cult, resurfacing every decade or so to startle and delight a new generation of researchers. And by researchers I mean those readers who want more from literature than Shakespeare and Hemingway, the fortunate ones who realize that something fascinating is lurking behind the canon.


The sneaking suspicion that something was lurking behind the placid surface of Roussel’s prose was only confirmed with the posthumous publication of his bean-spiller How I Wrote Certain of My Books, an expository text which revealed a few (but only a few) of the many ingenious constraining techniques Roussel used to ignite his writings. The techniques had many variations, but the basic method was to begin a story with one phrase: “Les lettres du blanc sur les bandes du vieux billard” (The white letters on the cushions of the old billiard table), and to complete the story with an almost identical phrase having a totally different meaning: “Les lettres du blanc sur les bandes du vieux pillard” (The white man’s letters on the hordes of the old plunderer). Roussel’s enviable task was then to reconcile the two separate concepts via a connecting narrative.
Within his stories, novels, poems, and plays, similar linguistic distortions were used to supply individual episodes. Thus, the name of an apparatus called Phonotypia gave him “fausse note tibia” (wrong note tibia), hence the Breton Lelgoualch who played tunes on a flute fashioned from his amputated tibia bone. A bizarre deduction indeed, especially when we realize that we ourselves could have teased out an entirely different set of meanings from Phonotypia.
Though the sparks may have been quotidian, the world that Roussel constructed from them is one that belongs entirely to the imagination. Nothing real intrudes; it all derives from his head. Like a fairy tale, but a believable one.
Writers may be attracted by Roussel’s literary procedures, but he has a totally different appeal to visual artists. Not only do artists and their products play prominent roles in many of his works, but visually his texts are chockablock with detailed descriptions of objects, tableaux, and machinery. Salvador Dalí, reviewing Roussel’s penultimate poem New Impressions of Africa (over which Roussel labored for five years) in 1933, claimed, “This, of all the books of our time, really is the most ‘ungraspably poetic,’ and consequently the one which contains most for the future.” A seemingly exhaustive listing of objects almost overwhelms the poem’s four cantos, including a comparison of things similar in appearance but differing in size: “for that which the sole / Of a hobnailed boot has imprinted in droppings, / A solitaire board without pegs. ”
A smutty comparison that must have greatly appealed to Dalí’s perverse humor and slanted ideas of geometry. And appealed to many other artists, too. I can vouch for that.
Having myself laboriously slaved over a translation of Roussel’s How I Wrote Certain of My Books (and, in the process, having found unexpected methods of painting and arranging narratives on canvas), I can only marvel at the way Ford and Polizzotti foolhardily tackled, and succeeded in following, Roussel’s African footsteps, at the same time revealing his complex writing techniques in action. (...)
Trevor Winkfield


Mark Ford: (...) I’m afraid we’ll sorely weary our readers if we go into precise details about this particular invention—suffice it to say changes in temperature drastically affect a certain metal, Bexium, discovered by Bex, and he uses this metal and its responsiveness to hot and cold to create a kind of one-man orchestra. And this is all part of a gala staged by a set of Europeans—the self-styled “Incomparables”—who have been shipwrecked on the coast of Africa and are whiling away the time until ransom money arrives to pay off their captors. What a great film one could make of Impressions of Africa, don’t you think, with digital technology! The stage version of it, alas, for all the money he lavished on it, could hardly have offered a visual analogue to the marvels it presents. The photos of this production suggest that it really wasn’t that amazing, and, of course, it was hooted at and derided by nearly all who saw it—all except for the Surrealists, and it was the show which kickstarted Duchamp’s lifelong love of Roussel. Roussel himself appeared on stage as a sailor, and there is a great picture of him, arms folded, looking rather pleased with himself, despite all the brouhaha.(...)