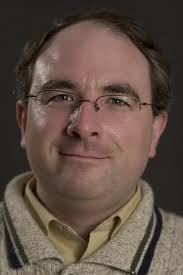 Bernard Gendron
“Foucault’s 1968”
Wednesday, March 7, 20127:30-9:30pm
CUNY Graduate Center365 Fifth Avenue, Room 5409New York, NY
Gendron argues that Foucault’s turn to political militancy within a post-1968 horizon was the chief catalyst for redirecting his theoretical work between 1969 and 1974, leading to the publication of Discipline and Punish. Working with Foucault’s interviews—which he reads as political-theoretical, not biographical documents—Gendron traces Foucault’s political trajectory, looking closely at his attempts to wrest from Marxism an adequate interpretation of the May 1968 events.
We are delighted to invite you to join the discussion. We will have wine and snacks. All are welcome.
Open to the public.
Suggested donation: $8.
RSVPs are appreciated.  Copies of the paper are available upon request.
Email: foucaultsocietyorg@gmail.com
For abstract and speaker bio, see below or go to our website:www.foucaultsociety.org
ABOUT THE TALK:
Abstract:
Foucault’s relation to May 1968 is crucial for understanding the transformation in his theory and practice in the years 1969-1974, leading to the publication of Discipline and Punish.  This transformation is frequently interpreted as a transition from “archaeology” to “genealogy” resulting from Foucault’s discovery of basic flaws in his archaeological method.  A closer analysis shows, however, that his turn to political militancy within a post-1968 horizon was the chief catalyst for halting and then redirecting his theoretical work.  These reflections appear not in Foucault’s books and well-known articles, but in the many interviews he conducted in the early 1970s.  In these texts, Foucault repeatedly shifts positions while trying both to make theoretical sense of his militant practices and to wrest from Marxism the proper interpretation of May 1968, until finally he arrives at the formulations that lead to Discipline and Punish.  The formula, “from archaeology to genealogy,” taken as wholly methodological, explains little and indeed gives an oversimplified  picture of that transformation.
Speaker Bio:
Bernard Gendron is Professor Emeritus of Philosophy at the University of Wisconsin-Milwaukee where he taught courses on Nietzsche, Foucault, Miles Davis, and the aesthetics of popular music, among others.  He is the author of Technology and the Human Condition (St. Martins, 1976) and Between Montmartre and the Mudd Club: Popular Music and the Avant-Garde (University of Chicago, 2002).  He now lives in New York and is working on a book, Downtown Sounds: The Experimental Music Scene in New York (1970-1990). The essay, “Foucault’s 1968,” is forthcoming in The Long 1968: Revisions and New Perspectives, eds., Jasmine Alinder, A. Aneesh, Daniel J. Sherman, and Ruud van Dijk (Indiana University Press, Spring 2013).
About the Foucault Society:
The Foucault Society is an independent, nonprofit educational organization offering a variety of programs dedicated to the critical study of the ideas of Michel Foucault (1926-1984).  All of our events are open to the public. We welcome new participants who have an interest in Foucault’s work and its impact on diverse areas of inquiry, including critical social theory, philosophy, politics, history, culture, gender/sexuality studies, and the arts.
The Foucault Society is a 501 (c) (3) recognized public charity.  Donations are tax deductible under section 170 of the Internal Revenue Code.